Whats going on down on the Farm? 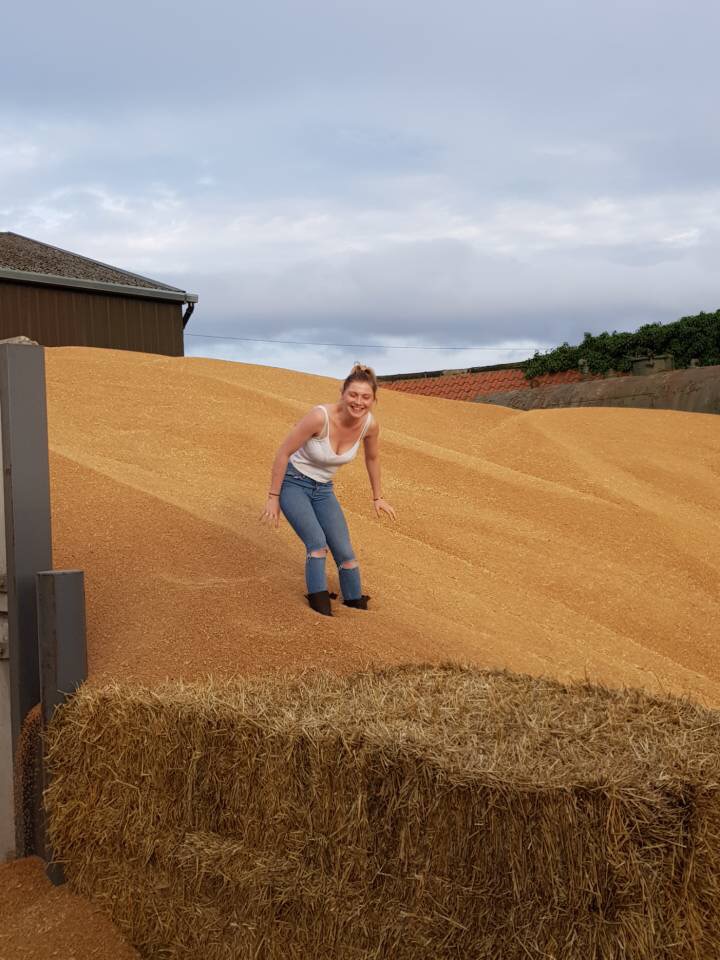 Well, that’s Harvest over for another year, and what a year it has been! 2018 has to go down in History as one of the most extreme years as far as weather is concerned. The snows of the Beast from the East seemed long forgotten while we sweltered in some of the highest temperatures we have ever had, especially for a Northern Summer.

The last of the Spring Barley was cut on the 2nd September, in a more usual year we might have just started to cut wheat, but could not even have envisaged being all completed as far as corn cutting is concerned. The hard work hasn’t finished yet though as the fields all need to be prepared for sowing next year’s crop as soon as possible although cooler weather isn’t so much of an issue for ploughing or cultivating.

As usual it has been a swings and roundabouts type of harvest and as I know you will all say, “Farmers are never happy!” Well, we are happy with the sunshine although we could have done with some rain during the growing season so yields are poor for some of the crops, however when the barley, wheat and oats go into storage they have to be a certain moisture content and need to be dried down to a specific moisture. This year the crops have needed little drying so less charges will be incurred so we have the swings and roundabouts situation, we aren’t complaining, honest.

As we are a family farm it has been all hands on deck at certain times and going for spare parts, delivering bird foods so George and Chris can do other things, and dealing with most situations have become a way of life around here but it’s nice to spend more time doing more normal stuff and getting Robyn ready for her 3rd year at University is one of them, although I’ve enjoyed her help and support for the last month too, and we have certainly had some laughs.

Don’t worry; I haven’t neglected my bird feeders although they often were filled early morning or rather late at night and I haven’t seen a lot of the birds although I have seen a lot of sparrows and know that our resident blue tits have hatched a number of gorgeous babies which I’ve thoroughly enjoyed watching feeding with their parents at the bird table.

Hopefully you have all had a lovely summer too and we can all look forward to the autumn and all that the rest of 2018 has in store for us!

8 Seeds, 8 generations, and 8 reasons why Laverock Hall Deluxe is my choice!

Is the grass always greener?

By accepting you will be accessing a service provided by a third-party external to https://www.laverockhallfarm.co.uk/