​​A farmer’s wife who cannot garden: a saga 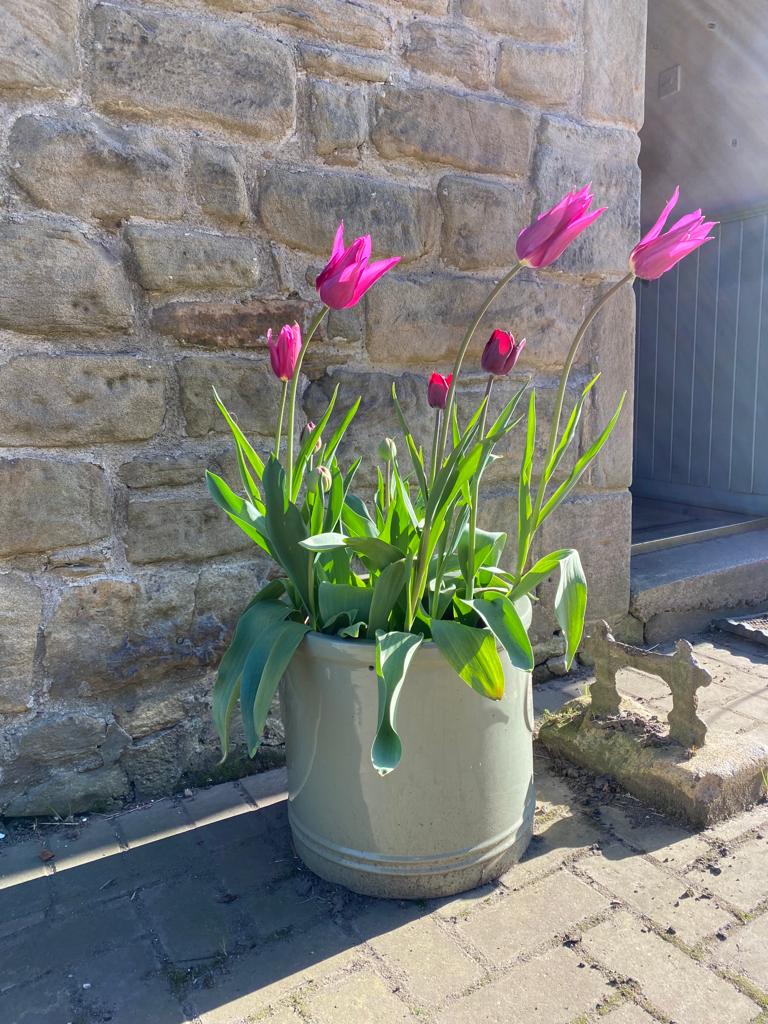 In 1991 I stopped being a farmer’s daughter, and instead became a farmer’s wife. This is both quite boring, and also very funny; my dad and my husband were both ‘large scale gardeners’ as I like to say, and yet I cannot garden on a large or a small scale.

For years I have tried to enjoy gardening, my dad had a veg garden that was beautiful, tidy, fruitful and of no interest to me – I didn’t understand him doing small scale gardening as a hobby for when not doing large scale gardening. My husband gardened with his grandad, but I was too blinded by young love to think of the fact that I had no garden skills to add to his.

This has been a heavy feature for my life, forever seeing people who garden and watching my plants wither! I watered them too much, too little, they were in the wrong place, planted in the wrong soil – eventually, I gave up for a while (mostly as I had 3 energetic children to content with too), and decided to leave it, at least for a while, while I ate all of the cabbages, strawberries and peapods (not all together).

A small part of my plant-yearning continued, I had the classic of ‘all the gear and no idea’, but I had a disturbing amount of idea since, as mentioned, I am surrounded by large scale gardeners who do small scale gardening too sometimes. I have had gloves, pretty trowels and all the paraphernalia, just none of the successes I had hoped and longed for!

In 2020 it was lovely to see all of the people taking up gardening during the covid 19 pandemic, I especially loved seeing some of my children’s friends taking up the hobby, so that it wasn’t just seen as boring or for the older generations. The world was locked up, but it was blossoming and healing, which is something we can take something from.

In late 2021 we came out of the pandemic for the last time (we hope), and Chris suggested I try to garden again as in a weak moment enamored in a garden centre, I had bought a pair of pots that would be nice next to our doorway. I begrudgingly said yes and bought some tulip bulbs. Lo and behold, they are flowering, and I am so utterly proud of myself! After all these years it just turns out that I am just not a gardener, I am a ‘yardener’ – which I have coined as someone who gardens in their yard, rather than into the soil like I had been trying for 5 decades!

The classic phrase of teaching dogs new tricks comes to mind, but I can sit here very smugly as I sip my tea and look at my fantastic work.

We used to Plough the Fields and Scatter